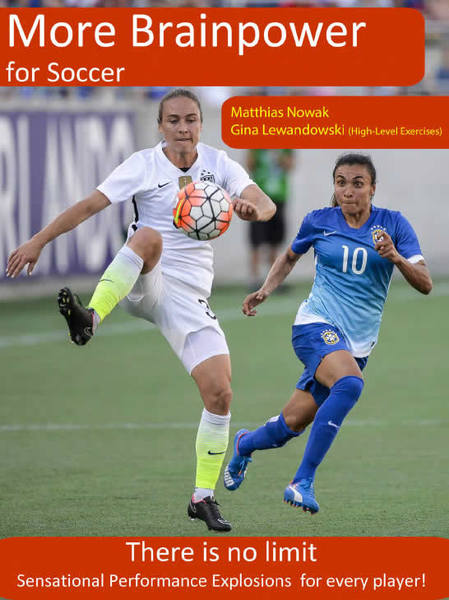 This effective, modern, and specific style of training will give both players and coaches a unique experience they will never regret.

Coaches! Are you ready to take your game to a whole new level of excellence?

Players! Are you willing to exceed your known limits to move to a new level of performance that you have never experienced before, ever thought possible or perhaps only dreamed of?

Then this ebook is for YOU. Within these pages lies a world-class professional training and exercise system, designed by combining the latest science and the newest art of soccer training to develop both players and coaches in ways never thought possible. Matthias and I provide you with the keys to a new and exciting soccer development, used by the professionals and now available for all.

“This effective, modern, and specific style of training will give both players and coaches a unique experience they will never regret. This ebook is a “master-class” expert training ebook developed from a successful professional soccer player and a professional skills coach who are both working and living in the field today and who are passionate to develop the game for tomorrow’s players and coaches. A truly valuable tool for any coach or player to have - a must have - in their toolbox of soccer training techniques.”

This ebook will show you how combing a trained mindset and a trained skillset simultaneously into traditional soccer trainings achieves great rewards. As a current player and enthusiastic student of this Technique and Creative training, I have developed into a much more complete player attaining levels of performance that I have never thought were possible. The uniqueness of this training technique has helped me become more secure on the ball allowing better decisions to be made on the field, earlier and quicker. I have improved to the level of being able to take my focus off the ball in order to see my surroundings, my teammates, and the immediate space around me, without loss of the ball. My touch and technique on the ball have vastly improved and this has allowed me to play more effectively under greater pressure and in smaller spaces. But be warned, nothing came without honesty and hard work.

By using the exercises outlined in this ebook, many more facets of the game are mastered more quickly and to a much higher level of excellence. Without the specific knowledge contained within these pages, players and coaches will drift along at the same old pace. Using these expert techniques in training allows individual player improvements to be exponential, including but not limited to: reaction time, decision-making, memory, flexibility, adaptability and creativity on the ball. Working in left and right balance during training develops both feet equally, which is the key to players attaining the next level in a very short time period.

Pele once said, “Success is no accident. It is hard work, perseverance, learning, studying, sacrifice and most of all, love of what you are doing or learning to do.”

Both Pele and I encourage you not to stay content, not to rest in your game, but to go beyond what you now know and seek new levels, and aim to always be seeking personal improvements. Train the brain with these exercises and bring your game to a whole new level of performance, satisfaction, and confidence!

Enjoy the challenges contained within this ebook and the fun will be on your face, just as it is on mine, no matter if you are a player, a coach or any supporter of this technique. It may not always be at the completion of a successful training session that the development of this technique can be witnessed best, however, I can certainly attest to the ebook’s value and I encourage you to give it a try and see for yourself the success that follows – by using the brain in ways your brain has just been waiting to reveal to you!

“The training with Matthias is a special type of training that I have never experienced before. It is not simply a matter of practicing certain tricks but training a number of different movements and providing the brain with additional cognitive and visual tasks. 20 minutes of training with Matthias can feel like a 90minute training session. This type of training has greatly increased my abilities as I can now make faster decisions in smaller spaces and my touch on the ball has also improved. Matthias and his training definitely helps me reach a higher level of performance.”